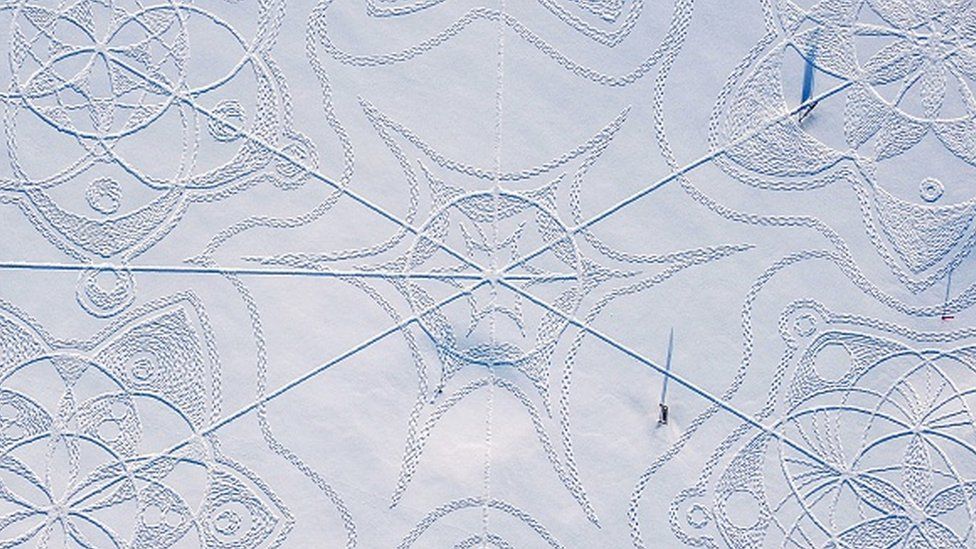 I used to think a work of art had to be made to be lasting to really qualify as a work of art. Isn’t the point of art, or at least one of them, to be around after the artist is gone? And if it’s not made to last it’s unlikely to reach a wide audience which, I thought, would also be one of the reasons for creating a work of art. Art is meant to express something universal and eternal so it should aspire to be both of those things.

And then I look at the snow art twelve people in Finland created and, well, how could that be anything but a work of art?

Sure, it’s not made to last, but that’s okay. That may even be part of the point: enjoy it while it’s here because tomorrow it’ll be gone, and that in itself is a universal message. 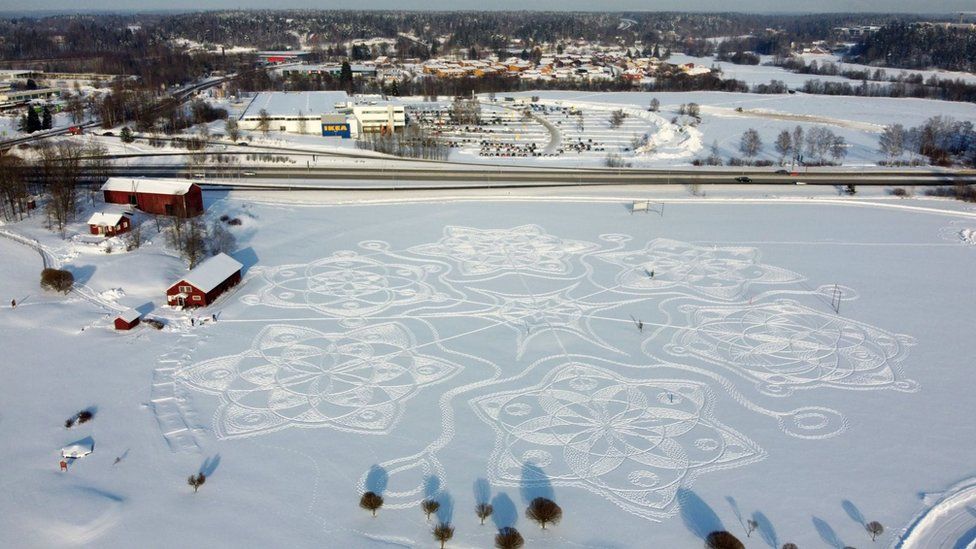 And it is reaching a wide audience because it’s being shared through pictures. Also we’re talking about Finland which I’m pretty sure has snow on the ground ten months out of the year so it’s also a lasting work.