The Kids Are All Right.

Freethinkers Anonymous > Adventures In Busing. > The Kids Are All Right. 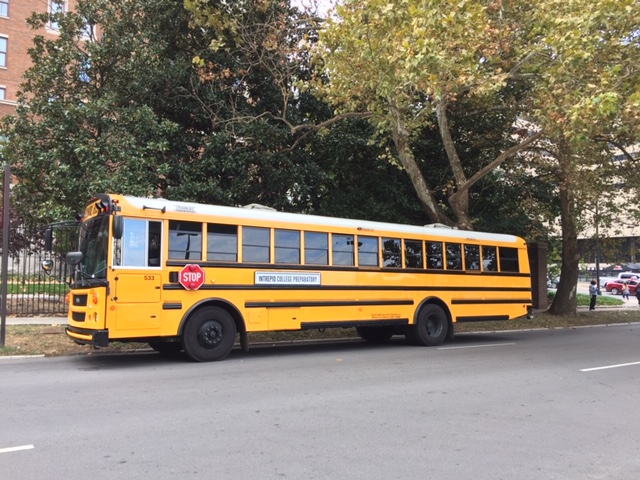 So a guy hijacked a school bus full of kindergarteners and that could be the beginning of a really dark story but instead it turned out to be the beginning of a hilarious story. The kids kept asking the hijacker questions, and although the news reports don’t say so I’m pretty sure at least one of them asked, “Why aren’t you taking your own car?” and he got so annoyed he finally got off the bus, although I’m sure it was, “Why is the sky blue?” that pushed him over the edge. No adult, even those of us who know why the sky is blue, has ever been able to answer that question to a child’s satisfaction, but that’s another story. The bus driver hails the kids as the real heroes and while I think he’s not giving himself enough credit—he stayed calm which certainly helped—he’s also right. The kids really saved the day here just by being typical kids who are curious about the world and I hope they never lose that curiosity.

That’s really all that can be said about that story but it did get me thinking about how many people are annoyed when they’re on a plane and some other passenger has a crying baby. Maybe it would get to me more if I flew more regularly but when I’ve been on a plane and there’s a crying baby I just feel bad for the parent or guardian who’s doing everything they can to calm the kid down and who will inevitably have to listen to a lot more crying even after they’ve left the plane, and I feel bad for the baby. That moment on every flight when my ears pop is bad enough for me, and I know it’s coming. If I were less than a year old and had my ears suddenly feel like they were stuffed full of cotton and then clear I’d be crying too.

It also made me think about the summer I worked as a camp counselor. Maybe it’s because I wasn’t a hijacker but someone who voluntarily worked with children but the kids’ questions never annoyed me, not even, “When’s lunch?” because usually the time they started asking that my own blood sugar was getting low and while that generally makes me testy I understood how they felt. And we had enough activities, from water slides to modeling clay, that I could distract them if they asked any questions I couldn’t answer.

Possibly the only time the questions got awkward was one morning before the camp activities started. I often got there before the kids and would bring a book to pass the time, and one young girl pointed at my copy of The Bell Jar by Sylvia Plath and asked, “What’s that about?” I would have felt guilty lying about it so I carefully explained that it was about a young woman who wants to be a writer and attempts suicide, and that it was somewhat autobiographical and that the woman who wrote it eventually dd commit suicide. I braced myself for a lot of uncomfortable questions, but the young girl just said, “That sounds interesting. I may read that someday.”

To avoid any further awkward moments I left The Bell Jar at home after that and just brought a small volume of tales by Edgar Allan Poe.