Thanks, I Hate It.

Freethinkers Anonymous > Adventures In Busing. > Thanks, I Hate It. 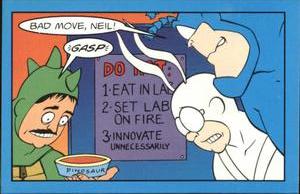 After putting it off for as long as I could I had to break down and get a new iPhone. The last one was the iPhone 6 which annoyed me because they moved the headphone jack to the bottom of the phone which annoyed me because it was the sort of completely unnecessary change the designers must have come up with when they were desperate to do something exciting and different and also probably high.

Now I have an iPhone 12 which doesn’t have a headphone jack at all which annoys me even more because, again, it’s a completely unnecessary change. Along with changing the chargers so I can’t plug my phone into my computer because that makes perfect sense.

There’s a probably apocryphal story about Steve Jobs that he’d say, “If Henry Ford had asked people what they wanted they would have said, ‘A faster horse.’” Point taken. Sometimes advances in technology require incredible imaginative leaps that most people aren’t going to make, but if, in going from the Model T to the Model A, Henry Ford had asked people, “What if I reverse the brake and accelerator and make the steering wheel face backwards?” people would have said, “No! That’s a stupid and terrible idea!” and they would have been right.

I’m trying to keep an open mind about this so I considered the pros and cons of wireless earphones:

And I know that on a scale of one to Jurassic Park this is a problem this ranks a Just Deal but still little changes add up. A software company I used to work with had a forum for customers to submit ideas and suggestions for improvement. I once got the chance to ask the designers what their process was for reviewing and integrating customer ideas and their response was, “We only provide the forum as a courtesy and aren’t interested in customer input.” I get that time and resources are limited so designers couldn’t listen to every customer suggestion, but shutting out all customer feedback explained why they made some really terrible decisions, and also why my employer quit working with that company, and it may be unrelated but about a year later that company went bankrupt. There must be a happy medium somewhere between trying to make all the people happy all the time and “The customer is always wrong.”

I got my new iPhone over the weekend and it seemed like the transition went fairly smoothly, but, because I’m working from home, I have to use a security app on my phone to get into most of what my work computer does, and on Monday morning it wouldn’t work. I called the IT department and when I told the really nice, really helpful guy there I’d just gotten an iPhone 12, he sighed and said, “Oh, that’s the problem.”

Yeah, I thought, that’s what happens when you redesign a car and think it’s a good idea to make the steering wheel face backwards.